These days I am working on my new project of the new semester. I have to design a hospital for 96 beds so I should visit different hospitals in Mashhad and study about foreign examples.

Imam Reza Hospital is one of the biggest (and oldest) health centers of Mashhad. This is built in Pahlavi era and as you see it is in traditional style of architecture which is great and unique. 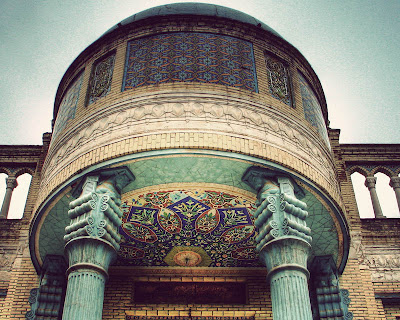 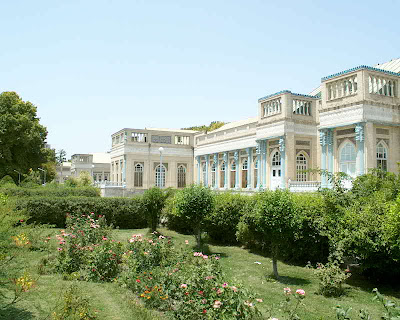 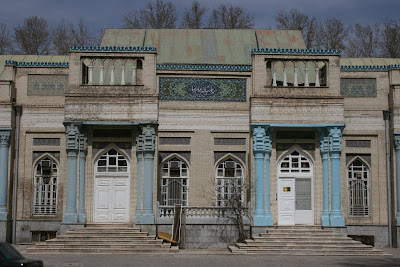 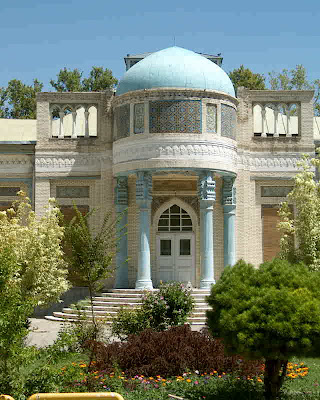 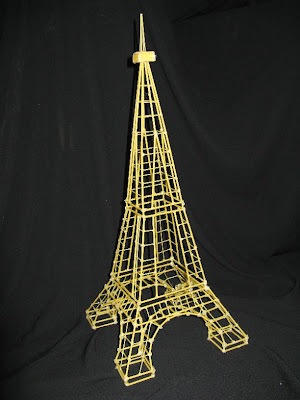 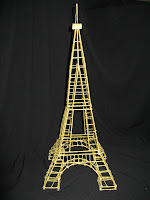 Yes, this is Eiffel Tower but not in Paris, in Mashhad ;)

I built it in my 3 days free time. 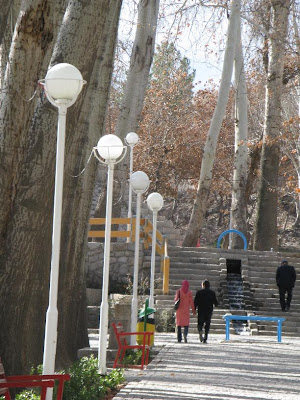 I am sure you've realized that what I wanted to say by this photo!
Posted by Sarah at 6:54 PM 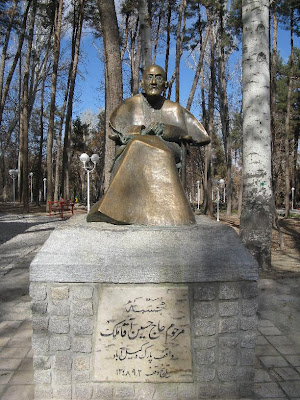 You remember that I post a photo from Vakil Abad Park and I told you that will post more about it.Today's photo shows Haj Hossein Agha Malek Statue who was one of the richest man in Mashhad. I do not know much about him, but he was the owner of our today's Vakil Abad Park. About 40 years ago, He was entailed the land of this park.
Posted by Sarah at 9:34 PM 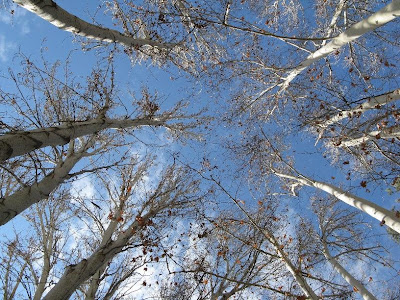 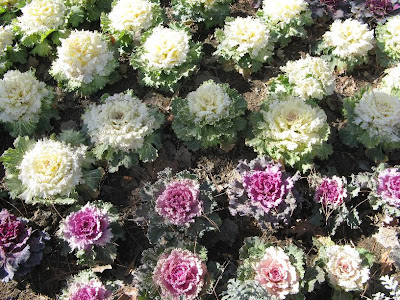 I do not know the name of these flowers. Since they are like Cauliflower, I took this name for it at the title. They are very beautiful, aren't they?

By the way, IRAN in pictures is the name of Mr. Navid Chiniforoush 's photo blog. I offer you to visit it if you are intrested to see the other part of Iran. 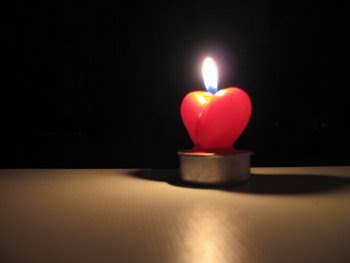 Sepandār mazgān is the celebration day of love and earth in ancient Iranian culture. This day is dedicated to Spenta Armaiti, Spandārmad in middle Persian, the middle Iranian language/ethnolect of Southwestern Iran that during Sassanid times (224-654 CE) became a prestige dialect and so came to be spoken in other regions as well.
It is celebrated the 29Th of Bahman in Iranian calendar. Modern folklore dates the celebration to ancient times and Zoroastrian tradition.the original date for this ceremony is 5Th of Esfand, and a popular revised date of 29Th Bahman is due to the disorganized calendering during the past 20 years.
(Text is written according to wikipedia)
I am sorry that some Iranian people do not know anything about this event in their culture and celebrate the Valentine day (which is refer to another culture) instead of it.
Posted by Sarah at 4:34 PM 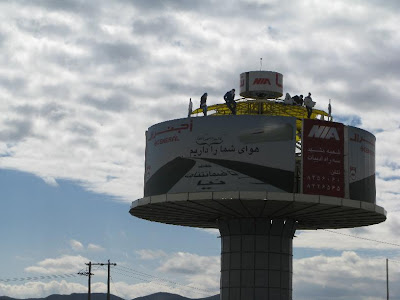 I just interested in the people on that turning part of the advertisement! Also they are not real :P 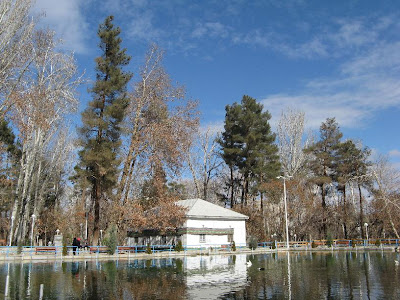 Vakil Abad park, is a beautiful place that is entailed by one of the richest men many years ago. I will post more about it in my next updates.
Posted by Sarah at 7:17 PM 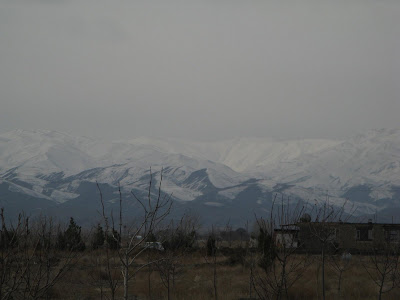 The winter is going to be finished and we had not enough snow. It seems that a very horrible summer is on the way. I can hear a gloomy symphony from the nature, but what we can do?!
Posted by Sarah at 10:03 PM

The last time that I went there, she was still pregnant. I mean our dog which lives in our garden. Today morning we decided to go to garden and when we arrived…wow, my God! Am I seeing true?! 8 cute pups?! Yeah, it was true!
The Watchman of garden fed them during our absence. He built a little house for the dog's family near his house to taking care of those puppies.
Now we should think to choose 8 names!!! 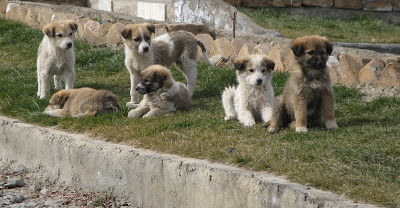 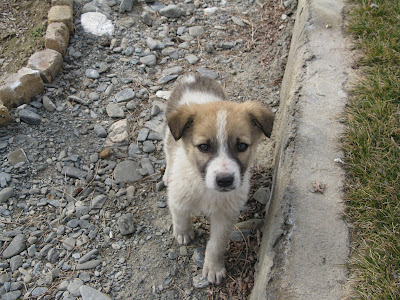 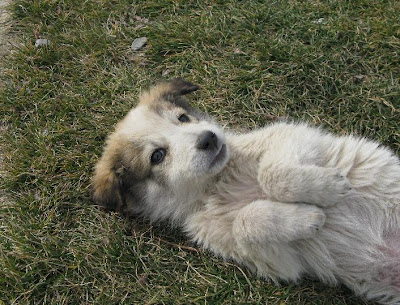 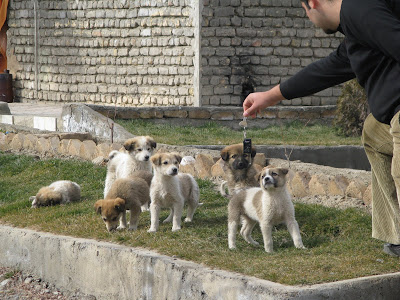 Note: My new blog Diaries By An Architect is stared but it is still in Persian. I know that some of you visit it so I try to translate my posts in English at the same time, as soon as possible.Thank you for your attention my friends.
Posted by Sarah at 10:40 PM

Finally I gave my last project of this semester. Excuse me for the few days' absence during that time. I had to render my sheets and make the sample of my designing, so I was working hard. Now I am so tired of that and need some days for break then I will start to post my photos from Mashhad again.
You can see some parts of the project in the photo. Architectural Designin III was one of my memorable lessons that I could get the first score in the class. ;) 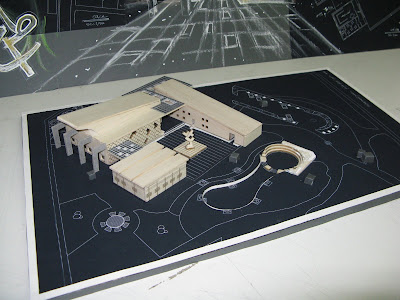 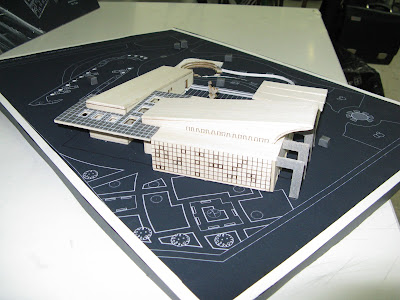 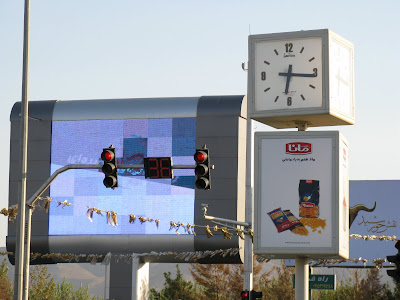 The Building of Traditional exercises 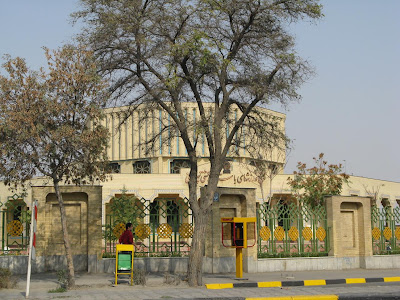 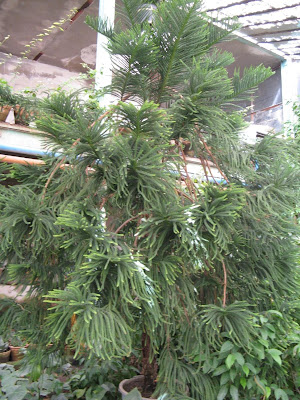