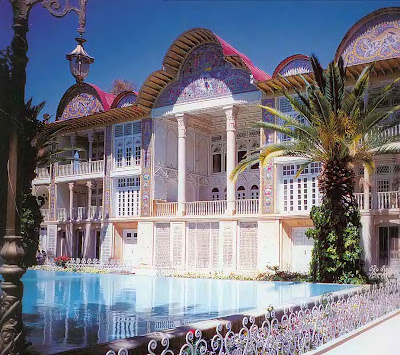 Eram Garden or Garden of Paradise is a large garden with a wonderful looking palace in it that is located in Fars province-Shiraz city.This is Built in the Qajar era, the compound was used by the feudal elite and tribal leaders of Fars Province, and later used by the royalty of Iran.
The compound came under the protection of Pahlavi University during the Pahlavi era, and was used as the College of Law.
It is today still a property of Shiraz University, and is open to the public as a museum, protected by Iran's Cultural Heritage Organization.
(Text from Wikipedia)
Posted by Sarah at 7:57 PM 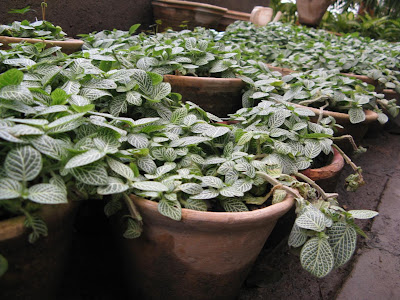 I took this photo in the glasshouse of Mellat (National) Park in Mashhad. 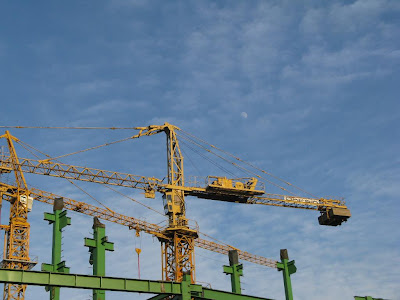 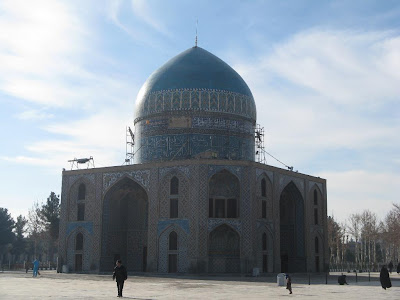 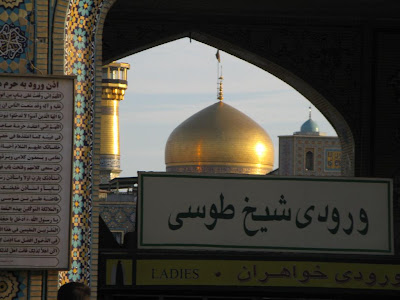 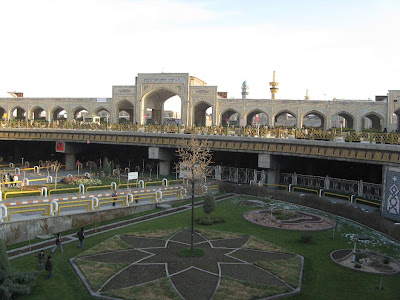 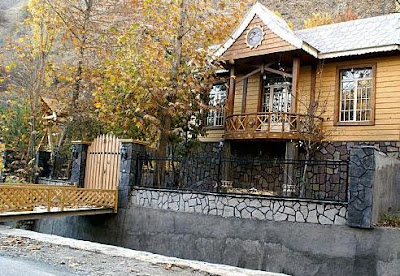 The photo is taken about 1/5 month ago when it was fall.This beautiful wooden house is located in Noghondar road,Torghabeh-Mashhad.

Another Birthday Came As Well 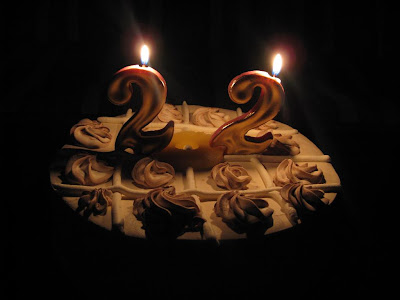 Days come and go...
So faster than what we suppose!
And today is my another birthday.I really can't believe that I'm 22 now!
Posted by Sarah at 11:43 PM

The Art Of Tile Working 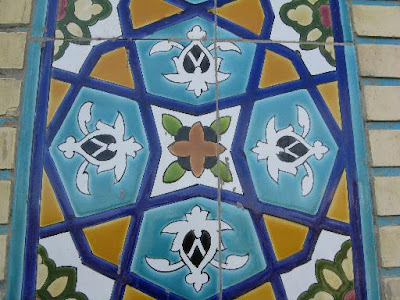 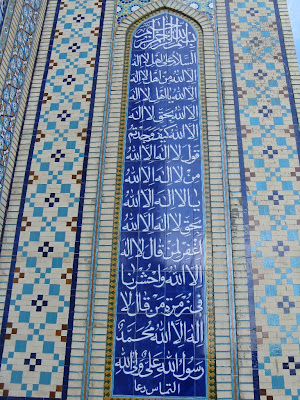 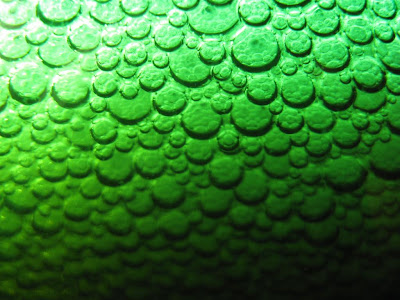 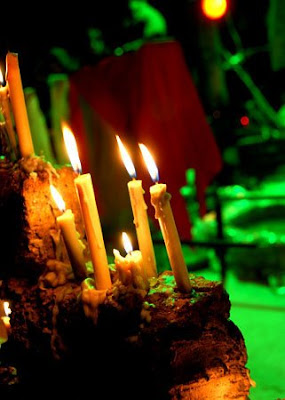 Lighting candles is a custom at the evening of Ashoura. To remember the lonely night that Imam Hossein's family had at the end of that day. 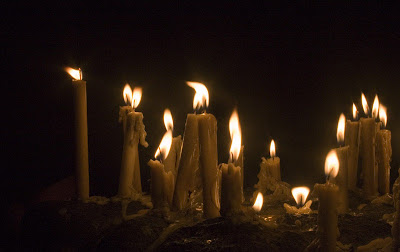 Ya Hossein!
Last night was your lonely evening.
Do not forget us. We look forward to your intercession at doomsday…
Posted by Sarah at 8:31 AM

Why remember Ashuora ?
Why is Imam Hossein regarded as the "leader of the martyrs" ? It is because he was not just the victim of an ambitious ruler. There is no doubt that the tragedy of Kerbala, when ascribed to the killers, is a criminal and terrible act. However when ascribed to Hossein himself, it represents a conscious confrontation and a courageous resistance for a sacred cause. The whole nation had failed to stand up to Yazid. They had succumbed to his will, and deviation and regression towards the pre-Islamic ways were increasing.Passiveness by Imam Hossein in this situation would have meant the end of Islam as we know it. Thus Hossein took upon himself the responsibility of the whole nation. The greatest tragedy was that one who stood up for the noblest of causes, the defence of Islam, was cut down in so cruel a manner.It is for this reason that the sacrifice of Hossein is commemorated annually throughout the Muslim world. Our sorrow never abates as we relive the tragedy.
In Iran many people from other religions like christian and Jewish strongly believe in Imam Hossein as well as they take apart in Ashoura gatherings and respect Imam Hossein. This is a good example that shows the great event of Ashoura is not just for Muslims. 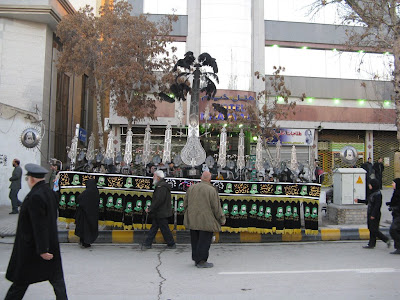 Alam is a kind of symbol for Ashoura event 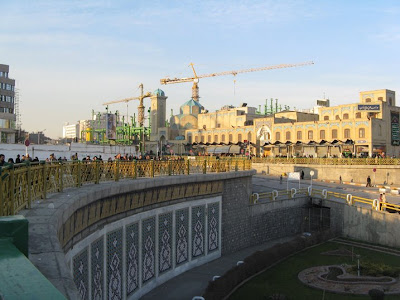 Near Imam Reza shrine, Today every things are black to Muslims! 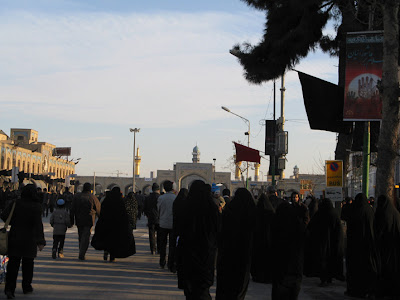 People are going to Imam Reza shrine to congregate for sorrowful 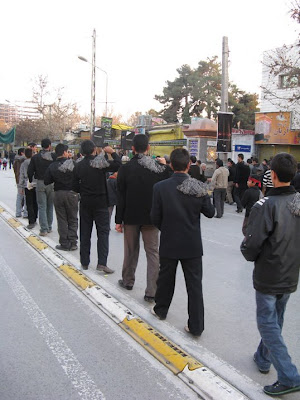 Some people use a kind of simple chain (called Zanjir, without knives or razors) to beat their shoulder just to make noise not to harm themselves.
Every day is Ashoura and every place is Karbala.Yeah, That is right. These days many innocent people experience Ashoura event again as Gaza became the other example of Karbala. How we can be quiet?! What is the difference between us and those who did not help Imam Hossein in Ashoura event?!
السلام عليك يا ابا عبدالله
Assalamu alayk Ya Aba Abde Allah
God's regards to you Ya Hossein!
Posted by Sarah at 6:40 PM

Who is Imam Hossein?
The leader of the small band of men who were martyred in Karbala was none other than Hossein, son of Ali ebn Abi Taleb (Imam Ali) and grandson of the Holy Prophet Mohammad. Who was Hossein? He was the son of Fatima for whom the Holy Prophet said, "Hossein is from me and I am from Hossein. May God love whoever loves Hossein."With the passing away of his brother Hasanin 50 AH, Hossein became the leader of the household of the Holy Prophet. On the other hand, we have Yazid, whose father (Muawiya) and grandfather (Abu Sufyan - the arch-enemy of the Prophet) had always tried to sabotage the mission of the Holy Prophet, and who showed his true colour by stating in a poem, "Bani Hashim had staged a play to obtain kingdom, there was neither any news from God nor any revelation." The revolution of Hossein was an Islamic movement spearheaded by one of the great leaders of Islam. The principles and laws of Islam demanded that Hossein act to warn the Ummah of the evil situation which it was in, and to stand in the way of the deviating ruler. As Hossein himself remarked when he left Medina for the last time, "I have risen (against Yazid) as I seek to reform the Ummah of my grandfather. I wish to bid the good and forbid the evil." Hussain (A) was martyred on the battlefield as he did Sajdah. His head was removed from his body on the plains of Karbala, mounted on a spear, and paraded through villages and towns as it was taken to Damascus and presented at the feet of Yazid... 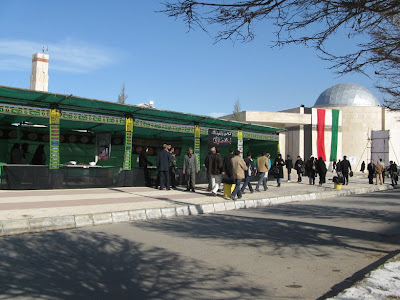 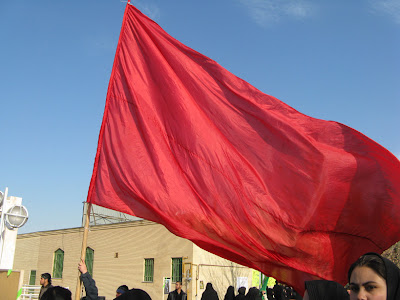 The Red flag, a sign for the day of Ashoura 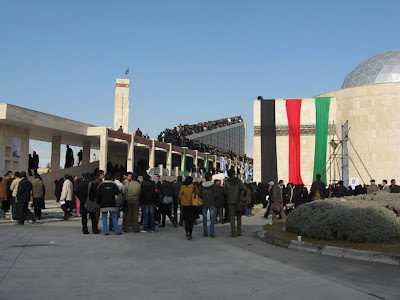 I took this photo yesterday in my university, You see that we had an anniversary for Ashoura
An educated man was describing the reality of Ashoura for us
As Meead commented in the previous post some Muslims in any country or region have their own interpretation of some parts of this religion. Sometimes their interpretation is totally wrong and completely misunderstood. If you google Ashoura, you may find very sad and bloody pictures of people in Pakistan and Afghanistan who are doing crazy with their body. Ashoura doesn't mean that you have to harm yourself. No one benefits from their cruel behavior except those who are going to show Islam is a barbaric religion and Muslims are kind of barbars. Meead also mentioned to a speech by one an admirable Iranian cleric that he criticized Muslims doing such things on Ashoura. The cleric asked Muslims do they really think if "Hossein" was alive today, would he do the same?
These specific behaviors are now banned in Iran's public.Iranians often congregate together for sorrowful, poetic recitations performed in memory of the death of Hossein, lamenting and grieving to the tune of beating drums and chants of "Ya Hossein" and beating their chest. Some people also use a kind of simple chain (called Zanjir, without knives or razors) to beat their shoulder just to make noise not to harm themselves.
Ashoura is exactly the Revolution of Justice against Evil
Please follow my next post!
Posted by Sarah at 11:28 AM 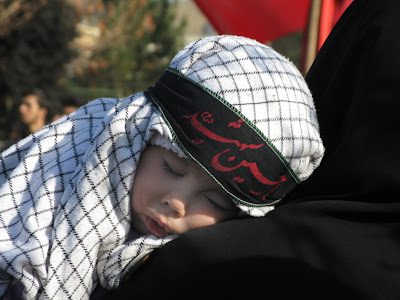 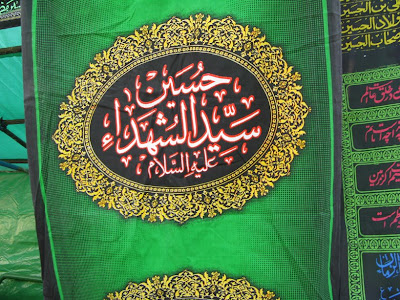 Ya (Hey) Hossein!
In the month of Moharram 61 AH (approx. 20 October 680 AD), an event took place in Iraq at a place known as Kerbala on the bank of the river Euphrates. A large army which had been mobilised by the Umayyad regime besieged a group of persons numbering less than a hundred and put them under pressure to pay allegiance to the Caliph of the time and submit to his authority. The small group resisted and a severe battle took place in which they were all martyred.It appeared at that time that like hundreds of similar events, this battle would be recorded in history and forgotten in time. However, the events that occurred on the 10Th day of Moharram in Karbala were to become a beacon and an inspiration for future generations...
Ashoura is exactly the Revolution of Justice against Evil
Please follow my next posts for the CONTINUANCE of text!
Posted by Sarah at 7:42 PM 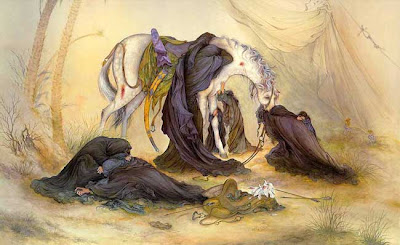 Ashoura noon miniature by the great Iranian artist, Mr. Farshchian
If you like to know about "Ashoura" please follow the blog during this week!
Posted by Sarah at 10:30 PM 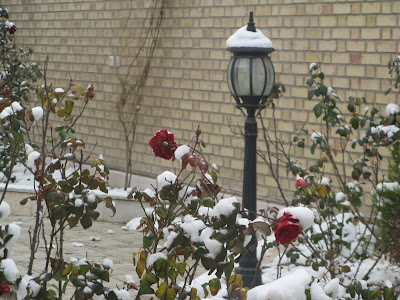 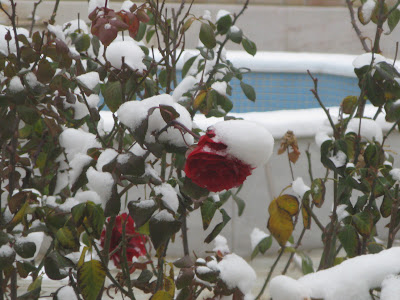 There is a strong love between me and winter.It may because I was born in a snowy day :)
Posted by Sarah at 4:55 PM

So many eyes are watching you. So many innocent faces are looking at you.
STOP WAR!
SHAME ON YOU!
FREE GAZA!
Posted by Sarah at 11:35 AM